Mitsui Fudosan to Participate in Central Urban Rental Housing Projects in West Coast of the US Approx. 450 units in total in Seattle and San Francisco 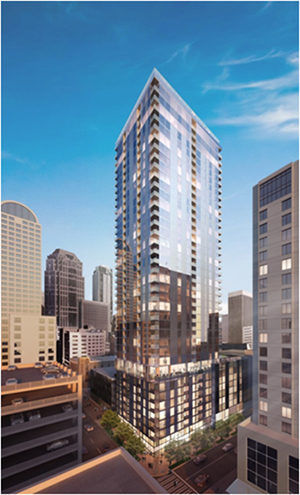 The two projects in which Mitsui Fudosan has decided to take part are “2nd & Pike (tentative name)” in Seattle, and “650 Indiana (tentative name)” in San Francisco. All the properties are offering highly convenient access for transport, and Mitsui Fudosan will utilize this feature to conduct high-grade residential property developments. Prominent local developers will act as joint developers in each project and Mitsui Fudosan will use the residential development and marketing expertise it has cultivated in Japan in combination with the joint developer’s local expertise to maximum effect.

The Mitsui Fudosan Group has positioned the overseas business as one of its growth areas. In Europe and North America, the Group is involved in development projects for multiple uses, including offices and rental residential apartments. In the U.S. in particular, the Group is expanding its business in several cities and aims to secure further business opportunities going forward. Examples include completion in September last year of “1200 17th Street” in Washington DC and the decision announced in January to proceed with development of “Fifty Five Hudson Yards (tentative name)” in Manhattan, New York in addition to this initial project in Seattle. Under “Innovation 2017,” the Group’s long-term business plan through to FY2017 announced in 2012, the Group is planning to execute investments of approximately ¥500 billion in Europe, North America, and Asia by FY2017.

■Features of Each Project

1）2nd & Pike (tentative name): Seattle
This property is a project located between the heart of Seattle’s high-rise office building district and a commercial area with many stores, including Nordstrom, a top upscale U.S. department store. Seattle has the fastest-growing rate of population among major U.S. cities. The property will also be a high-rise rental housing building, rare for downtown Seattle, with the upper floors on the western side offering views over Elliott Bay.
A high specification, serviced property suitable for its ideal location, its main targets are business people from their late 20s to 40s who work in the area and desire to live in the highly convenient city center, with a sub-target being empty nesters in their 50s. Plans for shared facilities include a workout facility, roof tenant lounge, barbecue terrace and pet walk.
Urban Visions, a developer based in Seattle and involved in a wide variety of developments from office and residential buildings located in the city center through to renovations, is the joint developer. Completion is planned for fall 2017.

2）650 Indiana Street (tentative name): San Francisco
This property is located in the Dogpatch neighborhood, an area about two kilometers south of Union Square Park adjacent to the San Francisco commercial area and collection of financial institutions. To the north is the Mission Bay district, where there have been major redevelopments in recent years, including the UCSF Medical Center. In recent years, sophisticated restaurants and cafes have opened mainly along 3rd Street in the neighborhood and expectations are for the area to develop even further going forward.
This property is located four minutes on foot from 3rd St. & 20th Street Station on the light rail, and seven minutes on foot from 22nd Street on the Caltrain line linking San Francisco with Silicon Valley, making it convenient for using both forms of public transport.
This property has a twin-building plan, comprising a north wing and south wing with a plaza between the wings, another plaza area on the southern side road, internal gardens in both wings, and roof decks.
The main targets are business people in their late 20s or 30s who are IT workers, or employees of finance and business service companies in San Francisco and Silicon Valley.
Build Inc., a developer based in San Francisco with a strong track record of developments in the city, including in Dogpatch, is the joint developer. Completion is planned for summer 2016. 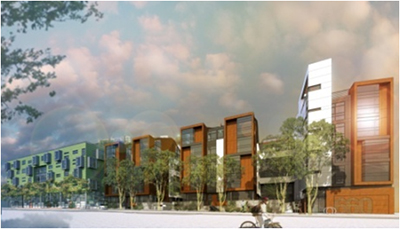 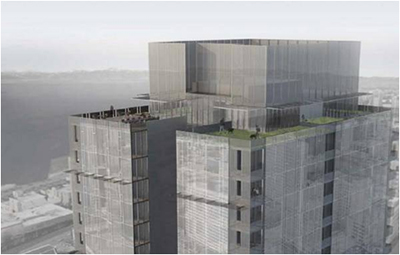 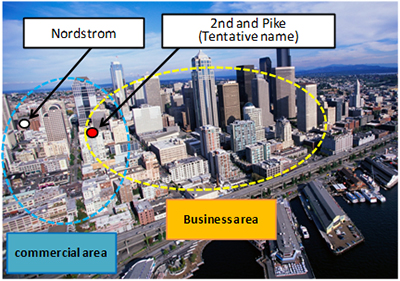 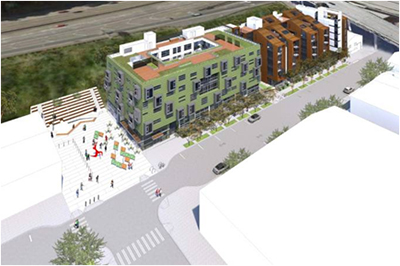 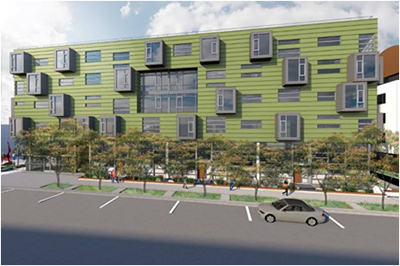 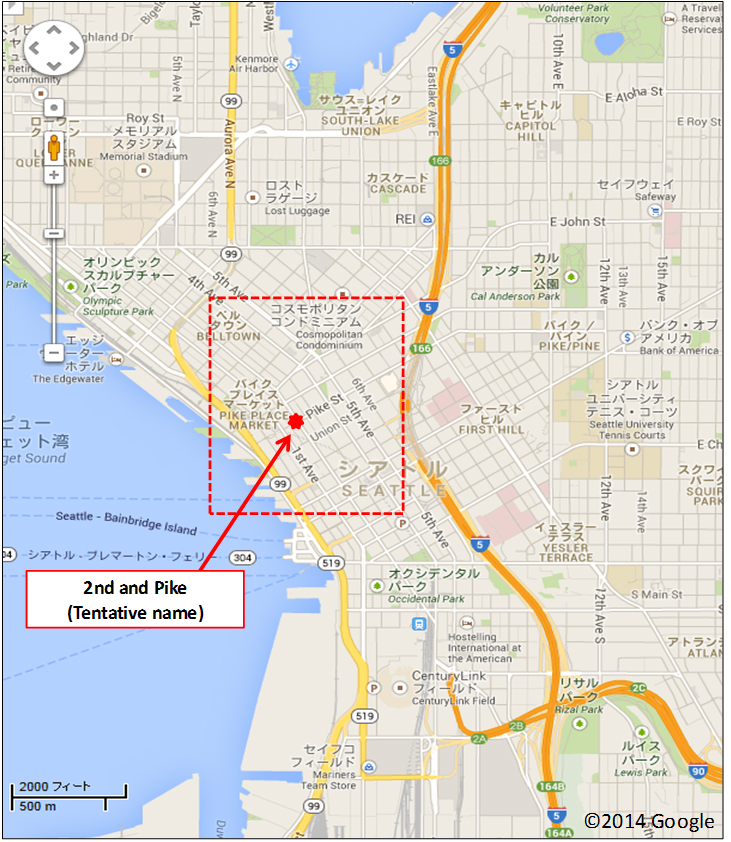 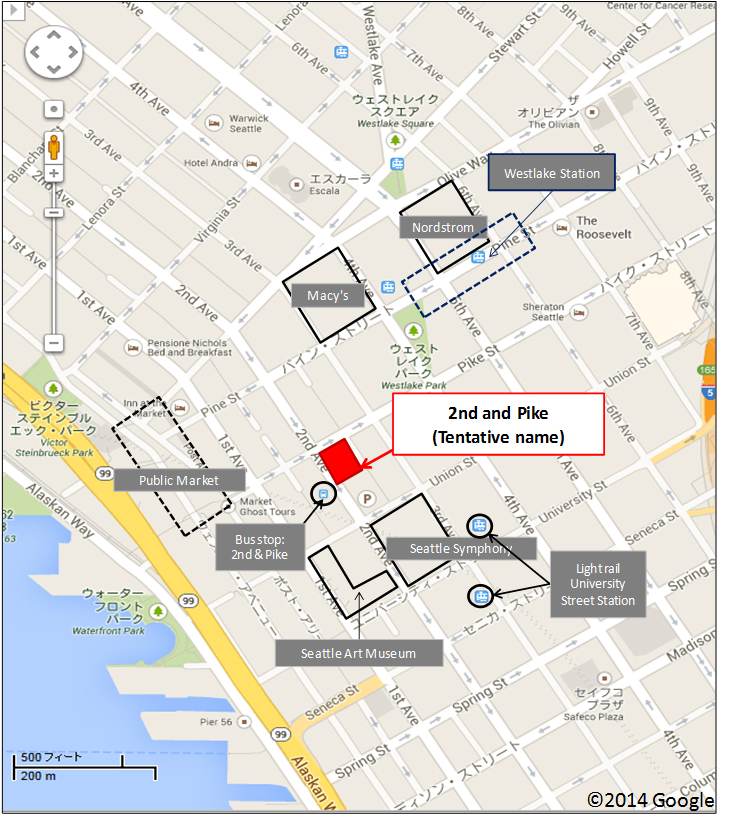 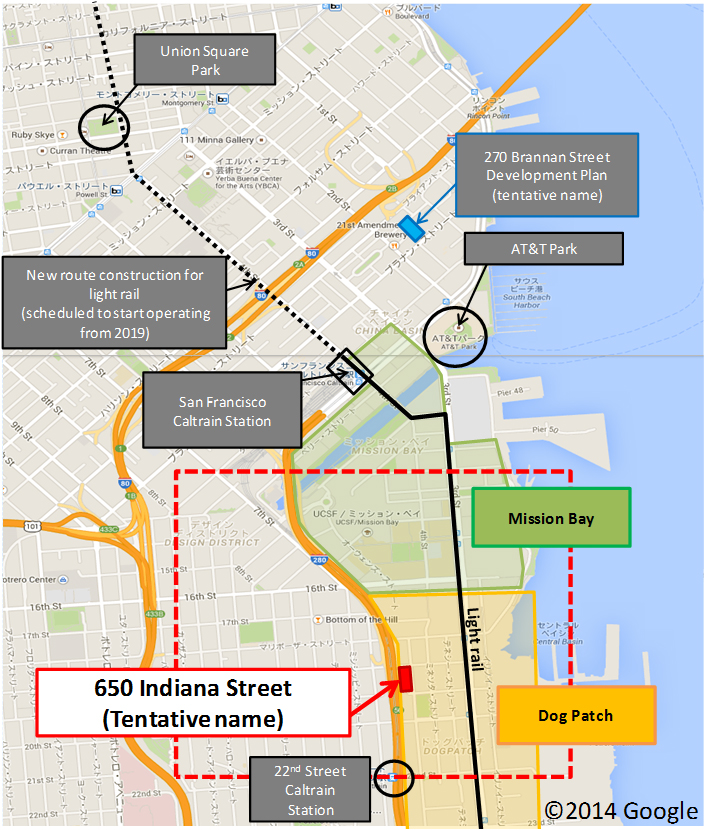 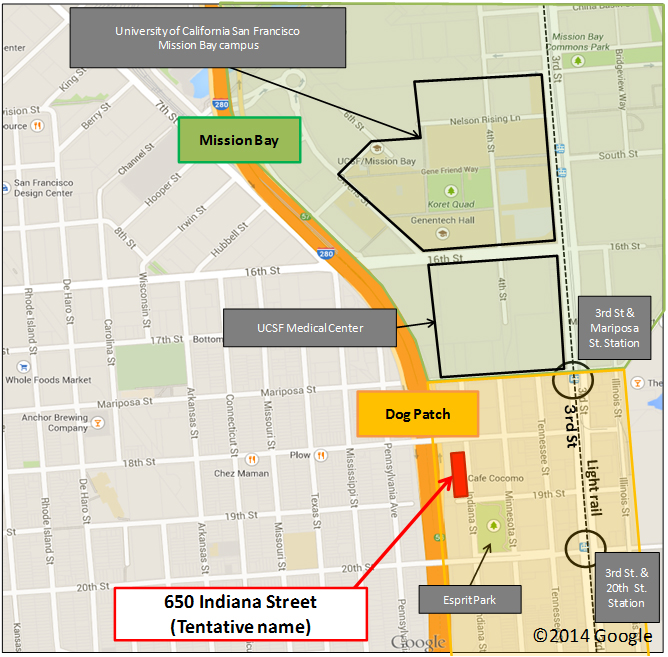 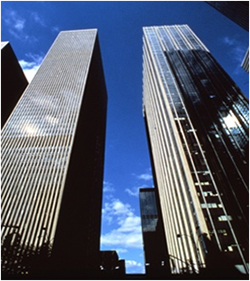 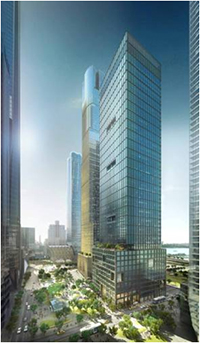 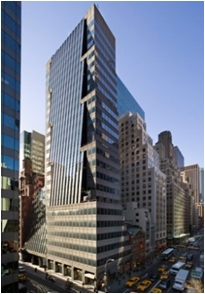 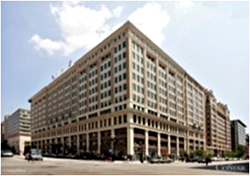 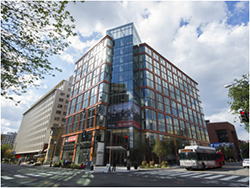 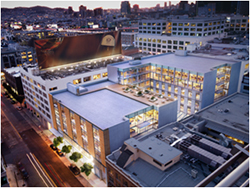 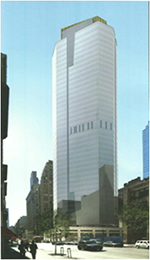 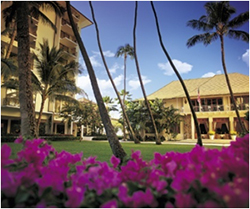 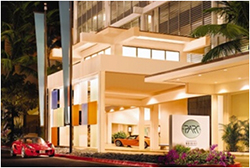