Tweet
A video called “Ninja x Basketball” recently went public and within 10 days, it was played over a million times, and has been shared 15,000 times. The video is still becoming increasingly popular, simultaneously receiving many comments. （ 『NINJA MEETS BASKETBALL...?』URL : https://www.facebook.com/220689865365053/videos/279919656108740 ） Some were surprised by the technique of the performers, commenting that it was “awesome” or that they looked like ninjas from Japanese animes. 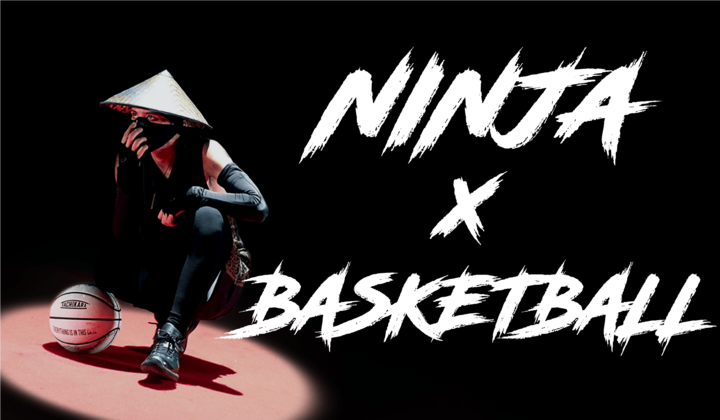 A video called “Ninja x Basketball” recently went public and within 10 days, it was played over a million times, and has been shared 15,000 times. The video is still becoming increasingly popular, simultaneously receiving many comments.

Some were surprised by the technique of the performers, commenting that it was “awesome” or that they looked like ninjas from Japanese animes.

◆ What is Freestyle Basketball? ◆

Seeming new, Freestyle Basketball is a culture that spread from the US to Japan around 2005. Back then, it was something to show off your basketball skills and to bring more excitement to basketball. The best thing about it is that all you need is a basketball to start with; no goals are necessary.

◆ What is NINJA SKILL BALLERZ? ◆

A project team consisted of the top-level Freestyle Basketballers from Japan, dedicated to spreading the fascination of the culture. Members are all former or current Japan champions, with some winning championships globally.

◯ZiNEZ / FLOW NINJA
ZiNEZ (born 1990) is a half Japanese half Canadian freestyle basketball performer.
In 2008, at the age of 18, he won first place at the “Freestyle Basketball Battle” held in Japan, becoming the youngest person ever to become a freestyle basketball champion. The next year, winning first place two years in a row, became first to win consecutive titles.
After bringing home his trophy in 2009, he flew to Arizona for an international competition and became Japan’s first World champion.

◯whitea / DRIBBLE NINJA
whitea (Born 1986) is an official performer for the LEVANGA HOKKAIDO, a Japanese professional basketball team who compete in the B.LEAGUE.
In one of Japan’s largest freestyle basketball competitions, “Bac to pec”, he accomplished a four year winning streak in the dribbling division who no one has ever accomplished. In 2016, he won third place at “KHOT”, an international freestyle basketball competition.

〇BUG!? / BIG-MOVE NINJA
BUG!?, famous for his crazy power moves, is an expert in his break dance-like freestyle basketball tricks. While winning first place three times at the “Freestyle Basketball Battle” in Japan, he also traveled to Europe, America, and other countries in Asia for his performance tours.
Chosen as a member of the official promotion team for the Basketball World Championship, he arrived for his performance in halftime at a international basketball game.

〇ISSEI / SPIN NINJA
From Osaka Japan, ISSEI is an expert in spinning basketballs on his fingertips.
In 2016 and 2017, with top players from all over the world participating, he won first place in the spin division at one of Japans largest freestyle basketball competitions “Bac to pec”.

〇TaMa / MULTI-BALL NINJA
From Chiba, Japan, TaMa specializes in his style of handling multiple basketballs. In 2010, he won championship in the “Freestyle Basketball Battle”, where all the different styles clash without divisions. He has won twice in the multi-ball division of other tournaments as well. Aside from his brilliant titles, he is a contracted performer for a professional basketball team in Japan and continues to entertain the crowds.

Compared to other countries, there are not many basketball goals in Japan. Such background has lead to an enormous growth of the Freestyle Basketball culture in Japan. With many contests taking place, players mutually enhanced each others skills, while also pursuing entertainment and artistic aspects in Freestyle Basketball; leading to 3 world champions from Japan. Every year, players from all over the world come to Japan in hopes of participating in such contests and trying to acquire some top-leveled skills. It shows that Japan currently leads the scene, and also that the Japanese players are very responsible for the future of the culture. Becoming “Ninjas”, our mission is to spread the words on the fascination of our culture globally as it still lacks popularity and players. We hope to be able to convey to the world its amazement.

Our final goal is to be able to perform at the Olympics. We will also continue to perform in and out of Japan and also have workshops so that more people would be interested in Freestyle Basketball. We are in hopes of getting to perform during the halftime or as an opening act for the Olympic basketball games. To entertain and to popularize Freestyle basketball is what we will work for.