Tweet
Antenna maximizer for Drone. Chiba, Japan -June 2018 released on Amazon.com Proudly announces the release and sale of “jittena” in the US.

Our Venture
A progressive company in Chiba, Japan, seeking innovative ideas in the rapidly evolving drone industry.
This is our maiden release of a new accessory fondly named, “jittena” that demonstrated to enhance the antenna signal of drone controller.

Its unique shape is similar to “jitte”, a sword that is used in the Samurai era.

▼How to use
Insert “jittena” on the controller antenna.

▼Installation ( Before / After ) - Performance Validation
In our anechoic chamber, we measured the antenna gain of Mavic controller when mounted with “jittena” and validated its performance. As a reference, similar concept products were also measured.

▼Measurement Result
When “jittena” is mounted on the controller antenna, the frontal gain increases by about 3db when compared with the Mavic original antenna. “jittena” is about 1.5db in dominant advantage compared to other similar products in the market.

▼Antenna Directivity
The antenna gain in the x-direction (drone flight direction) increases to about 3db in the range of 30° both left and right.

▼Aerial photograph of test flight/ The Philippines
As it is impossible to conduct actual flight test with “jittena” in Japan, we have decided to have the test at Taal lake in The Philippines.
https://www.youtube.com/watch?time_continue=2&v=KCcir9P6puY

As mentioned previously, maximizing the flight distance of drone is determined by the capacity of the battery and the radio wave propagation distance.
We had achieved improvements in the latter with “jittena” during this test flight. At the site, we found that environmental factors like strong winds at Taal lake greatly influences the flight distance during this demonstration. The test flight took off to a good start but strong headwind and side wind interfered and we were able to pilot the drone at the maximum distance of 4819m at a 4 degrees flight.
Although the drone did not reached our target distance, it can be ascertained that the radio wave propagation has improved. When the flight distance was at 4819 m, the five vertical rods of the red frame showing the radio field intensity was a strong of 4 out of 5.
Therefore, it can concluded that improvement to radio field intensity was clearly demonstrated in this field test.

▼How most antenna exert its power
When the antenna is vertical to the ground, the radio wave range is optimized. Primarily, the transmitting and receiving antenna on the drone side is a vertically polarized antenna (the electric field is perpendicular to the ground). If a vertical polarization is transmitted, when either antenna inclines a θ degree from the vertical axis, the transmission and reception power would be P×COS(θ). A zero degree would be COS (θ) = 1 (no attenuation). In the case of 90 degrees (orthogonal), COS (θ) = 0 and transmission or reception would be impossible.
Signal power distribution diagram (horizontal plane: vertical plane)
On the only Dipole antenna in the left hand side, power is radiated in all around. On the other hand, Dipole antenna + “jittena” in the right hand side is one directional .The power is concentrated on one direction so that gain on the direction increases. Drone on the direction of X axis make the flight distance significantly improved. However, in other direction the distance is less short than the Dipole antenna + “jittena”. 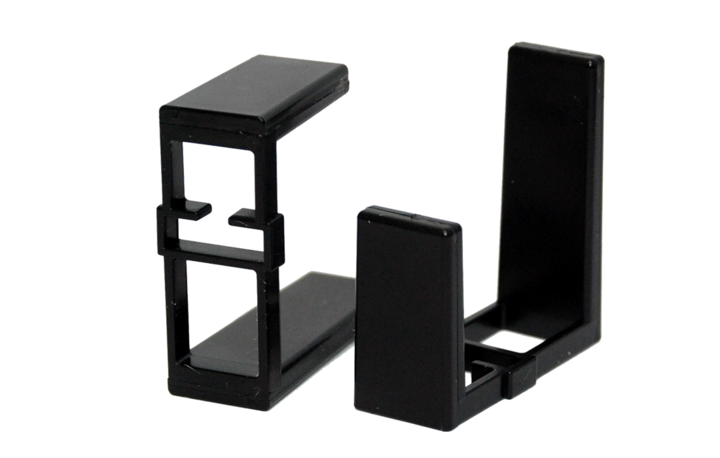 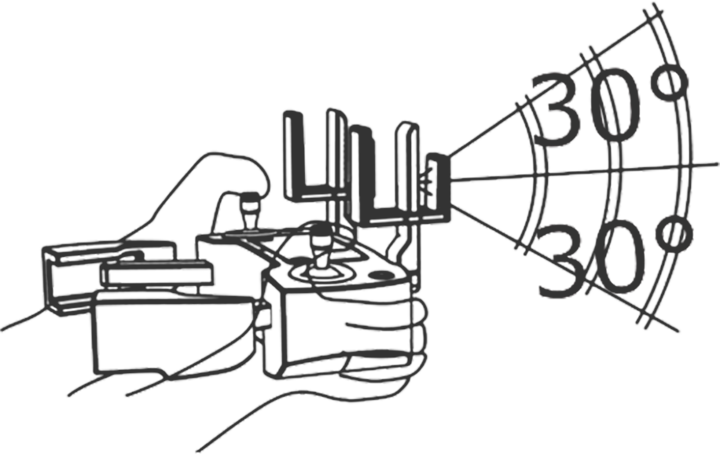