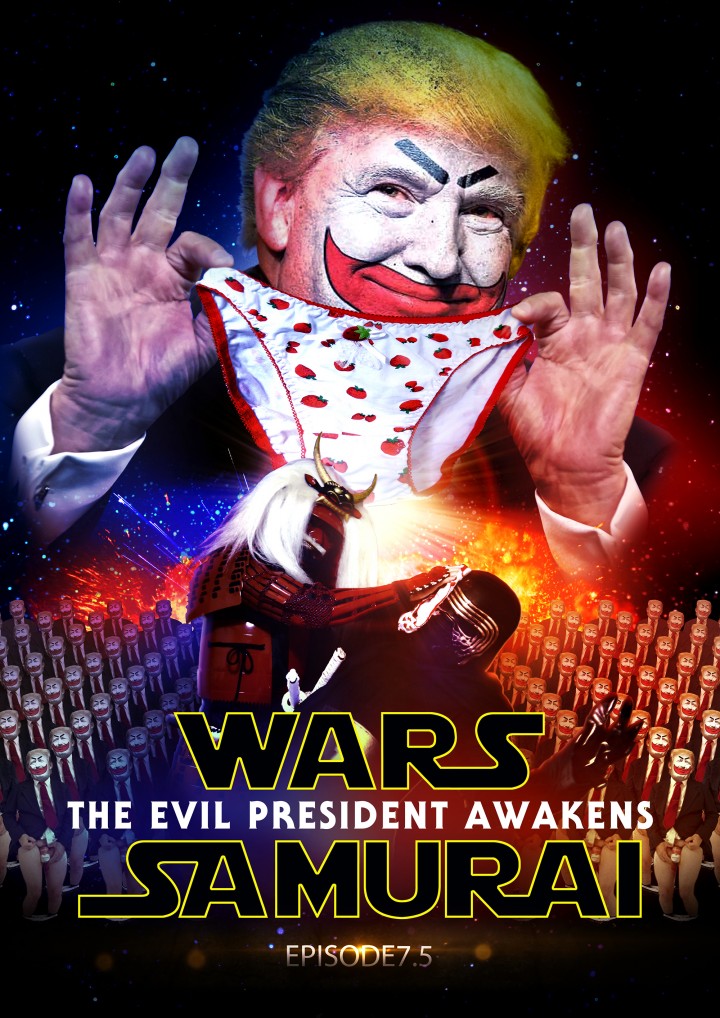 
Tokyo, November 21, 2016: Samurai Masa, a contemporary artist, is pleased to announce the release of his latest video work on November 27. This will be Ep.3 of the 6 parts of his artwork, initially released on November 13, which features a Star Wars movie perspective.

Ep.3 is an introductory movie ahead of the main story (Ep. 4~6), in which Samurai Masa fights against the President of Darkness with underpants as his weapon. The video can be viewed on its dedicated website ( http://samurai-masa.com/pants ).

Its trailer can be viewed on: https://www.youtube.com/watch?v=8aonm-5fxus

In this Ep.3, Samurai Masa incorporates a particular message in the hope of raising a question about 'capitalism'.
A new President was just elected in one of the biggest capitalist countries, the United States of America.

However, pursuing too much capitalism and free competitions makes the world somehow ill-balanced. By making this art work, Samurai Masa aims to create a stir in the current social system, which capitalism overly dominates.

But Why Samurai and Underpants?
He is descendent of a vassal of the famous Shogun, Toyotomi family. His name “Samurai Masa” is coming from his background as a descendant of Samurai Commander.

The history of humanity is the history of fighting, repeated over hundreds of years. However, fighting results in nothing positive.

Samurai Masa is trying to send out this message to the world through his art work using underpants as a symbol of the peaceful world.

He uses underpants because underpants have some symbolic characteristics which prompt a little chuckle everywhere in the world and are linked to emotions like embarrassment and disgust.

Samurai Masa, who currently lives in Japan, eventually plans to move his base to the USA and perform guerrilla performances, "Samurai and Underpants ", as his eternal theme.

About Samurai Masa: Samurai Masa is a contemporary artist, who fights in the world with underwear as his weapon. He is descendent of a vassal of the famous Shogun, Toyotomi family. A samurai, surviving in the current world, is going into the world of art not with a sword, but with underwear, for creating a more peaceful world. 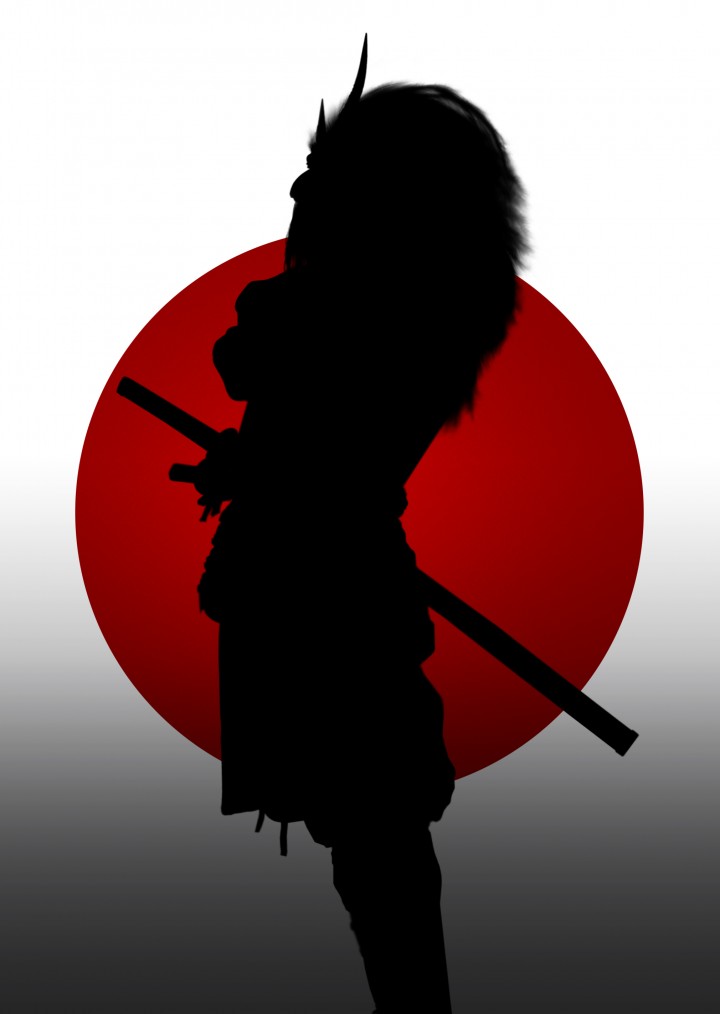 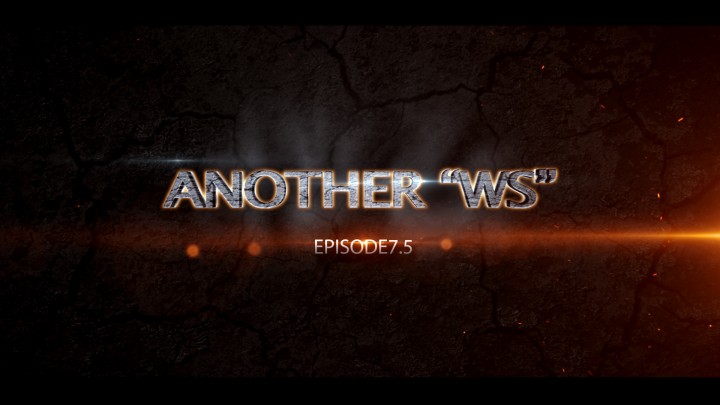