Art Collective "The TEA-ROOM”, Which Creates a Future Tea Ceremony, Now Starts Up. 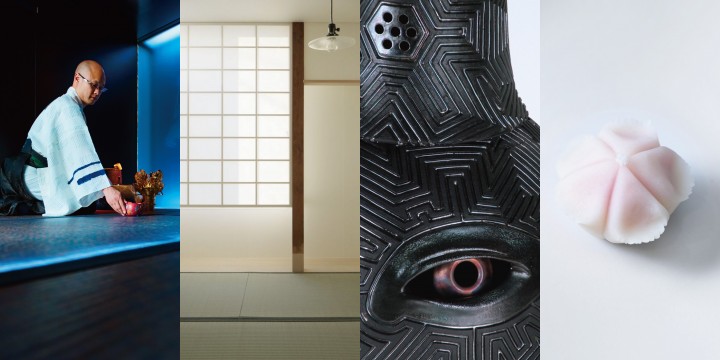 The TEA-ROOM starts up on the 8th of August in 2016. This art collective consists of four artists: Souryou Matsumura (Japanese tea master), Fumihiko Sano (architect/ artist), Riyoo Kim (ceramist), and Shiho Sakamoto (Japanese confectionery artist)
VOLOCITEE Inc, which is a design firm that builds creative communities to help organizations create innovations, is responsible for creative direction and management.
Their works are not only limited to artwork but architect & interior design and event design that reflect their vision of the future tea ceremony.

The art collective has collaborated with the outdoor music festival “TAICOCLUB” in June this year. A tea room was set up in the backstage and welcomed the artists with hospitality. This occasion was well received by participated artists who are internationally established. It has already been offered by several businesses to design architect & interior design and produce experience-oriented events.

- Souryou Matsumura (Japanese Tea Master):
The owner of tea-house, SHUHALLY. Having exposed to a foreign culture, as a student traveling around Europe, he rediscovered and became aware of his culture. After his return from Europe, he began to do tea ceremony. Then he started a project “SHUHALLY” which is to introduce the best of Japanese culture “Cha no Yu” (tea ceremony) to the wider audience, and for them to learn Japanese traditional culture, as well as making it more accessible. “Let Cha no Yu break free and make it fun!” as his motto, with his respect towards the old tradition, and he works to promote the tradition in creative ways.
http://www.shuhally.jp/

- Fumihiko Sano (Architect/ Artist):
Born in Nara Prefecture in 1981. He entered Nakamura Sotoji Komuten (Engineering Firm) in Kyoto as an apprentice of the master carpenter of the sukiya style of buildings. After working for other design firms, he founded the Fumihiko Sano studio PHENOMENON in 2011. As its carpenter, he works on design and installation, aiming to create a new sense of value in Japan by integrating a contemporary feeling with his experience of interacting with techniques, materials, culture and others on building sites.
2014 ELLEDECOR Young Japanese Talented Designer Award
2016 14th Japan Cultural Envoys Agency for Cultural Affairs
http://fumihikosano.jp/

- Riyoo Kim (Ceramist):
With Japanese father and Korean mother, he was born in Osaka. He earned his master degree from the Osaka University of Arts graduate school in 2006. He is one of the emerging artists representing contemporary Japanese ceramists. He has shown his unique works not only within the ceramists' circle, but also participated the significant contemporary art festival in Japan “Yokohama Triennale 2011”, and curated “ARTs of JOMON” in NY with support from Aomori prefectural government, NPO jomonism. His work has been highly recognized while he actively submits his works to competitions and exhibitions both nationally and internationally such as Korea, China, Taiwan, Hong Kong, France, USA, and Singapore.
http://www.riyookim.com/

- Shiho Sakamoto (Japanese confectionery artist):
She supervises and produces order-made Japanese sweets “Wagashi” as work of art. She organizes Japanese sweets making classes and workshops in Japan as well as overseas. In 2014, she supervised Wagashi for the Manga “Heugemono” tea ceremony. On behalf of Japan, she exhibited, lectured and gave a workshop on Japanese sweets at the “World Tea Forum 2015”. In 2016, she was responsible for sweets at a tea ceremony held at the Prime Minister's official residence which was hosted by the first lady of the Japanese Prime Minister, Mrs. Akie Abe.
https://www.facebook.com/wagashi.shiwon

The TEA-ROOM is an artist collective which up-and-coming artists came together for Japanese tea ceremony.
Souryou Matsumura is the owner of tea house “SHUHALLY” which received Good Design Award for its progressive design, as well he is a recognized tea practitioner nationally and internationally for his creative activities to transcend Sado into his unique style with respect towards the old tradition.
An architect/ artist, Fumihiko Sano aims to generate a new Japanese sense of value for the future. He takes advantage of his background as a Sukiya carpenter and combines techniques, materials, culture and his sense that he acquired through working as a carpenter.
Surface covered with grooves of a geometrical pattern, sparkling glaze of metallic black and oxidized silver, and a sharp gaze of “One-eyed”. Riyoo Kim attracts attention as an emerging artist representing contemporary Japanese ceramist who breaks through existing idea of ceramics with his unique style.
Japanese confectionery artist, Shiho Sakamoto with her knowledge of cooking from all perspectives that she studied and her sensibility, creates Japanese sweets as an eatable form of art. She also organizes Japanese sweets making classes and workshops both in Japan and abroad.
Having these four distinctive points of views to reexamine the world of Japanese tea ceremony, I see a great potential that a totally new experience of the tea would come out. We will continue to challenge the new expression with possibly involving more artists from other disciplines.
.

VOLOCITEE Inc. is a Tokyo-based design firm that builds creative communities to help organizations create innovations. Creating systems for idea generation and communities for art and technology collaboration, and producing events are our field of expertise.
Established in 2011. 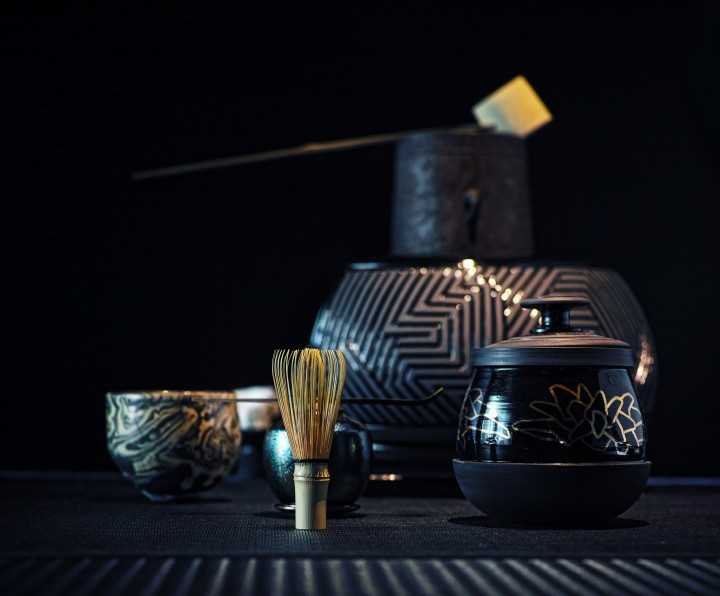 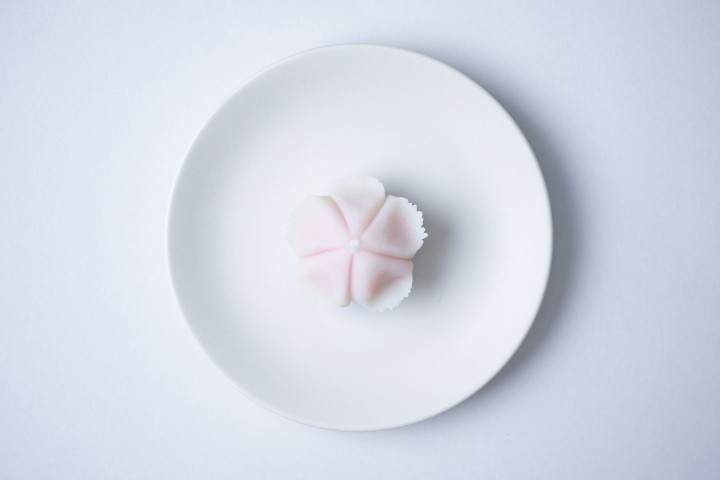 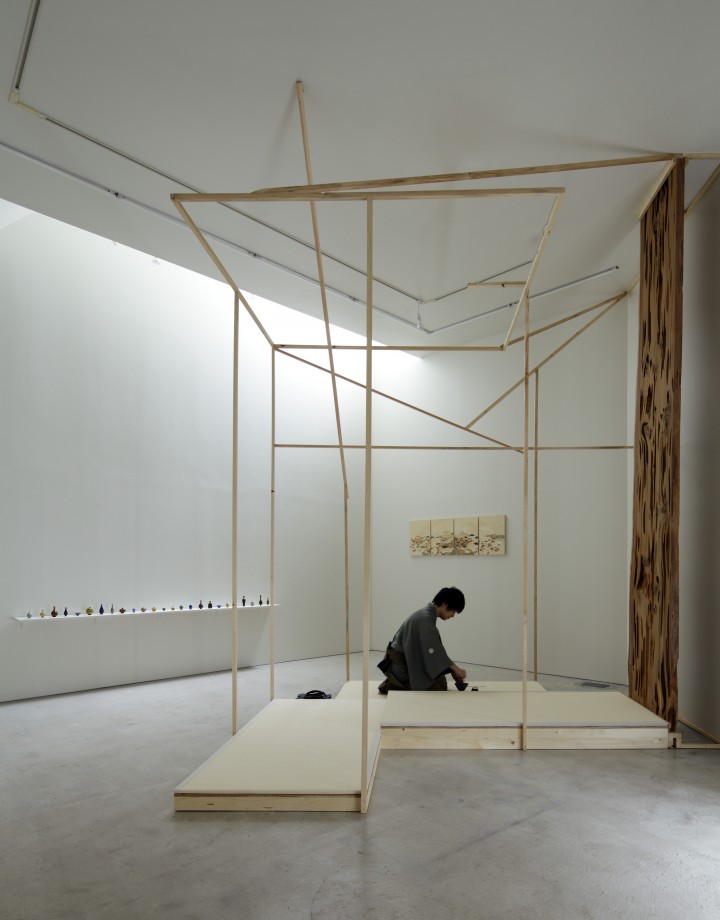